Paul Whiting, MD, published in the Journal of Orthopaedic Trauma for study, “Risk Factors for Infection After Intramedullary Nailing of Open Tibial Shaft Fractures in Low- and Middle-Income Countries”

We would like to recognize Paul Whiting, MD, who was first author on the study, “Risk Factors for Infection After Intramedullary Nailing of Open Tibial Shaft Fractures in Low- and Middle-Income Countries,” published in the Journal of Orthopaedic Trauma. The large-scale study investigated risk factors for infection in open tibia fractures treated with the SIGN nail, a low-cost intramedullary nail used extensively in the developing world.

We would like to recognize Joseph J. Greene, MS, ATC, who had his study, “Physician Satisfaction with Athletic Trainers in the Physician Practice Setting,” published in the Journal of Medical Practice Management. Click here to view the study.

MADISON–The rate of sport-related concussions during high school football practice in Wisconsin decreased by 57 percent following a rule change limiting the amount and duration of full-contact activities during practice, according to a new study by researchers at the University of Wisconsin School of Medicine and Public Health (SMPH).

Published online in The American Journal of Sports Medicine, the study examines whether new rules passed by the Wisconsin Interscholastic Athletic Association (WIAA) prior to the 2014 season reduced the rate of sport-related concussions (SRC) compared to the previous two seasons. The rules prohibit full contact activities during the first week of pre-season practice and limit full contact to 75 minutes in week two and 60 minutes per week (excluding games) in week three and beyond. “Full contact” is defined as full speed with contact where collisions do not have a predetermined winner. The rules were the first in the nation designed and implemented to reduce the incidence of SRCs during high school football practice.

“Our analysis shows that targeted rule changes can have a beneficial effect on lowering the risk for concussions,” says Tim McGuine, distinguished scientist in the department of orthopedics and rehabilitation at UW SMPH. “It’s imperative that we identify strategies that keep our student athletes safe while still maintaining the integrity of the game, and this particular measure appears to do both.”

A total of 2,081 high school football athletes enrolled and participated in the study in 2012-13 (before the rule change) and 945 players participated in the study in 2014 (after the rule change). Players self-reported previous concussion and demographic information and athletic trainers recorded athletic exposures (AEs), concussion incidence, and days lost to for each SRC. An athletic exposure during practice was classified as being full contact (full speed with contact), drill contact (full speed until contact, with contact being above the waist and players don’t get taken to the ground) or no contact (no full or drill contact). Researchers found there were 15 SRCs per 1,000 athletic exposures during practice in 2014 compared to 86 per 1,000 athletic exposures during the previous two years.

Opponents of the new rules argued that limiting contact during practice would lead to poor technique, ultimately increasing the risk of injury during competition. However, the data did not support that argument, with the rate of concussions in games during the 2014 season remaining the same as it was prior to the rule change. 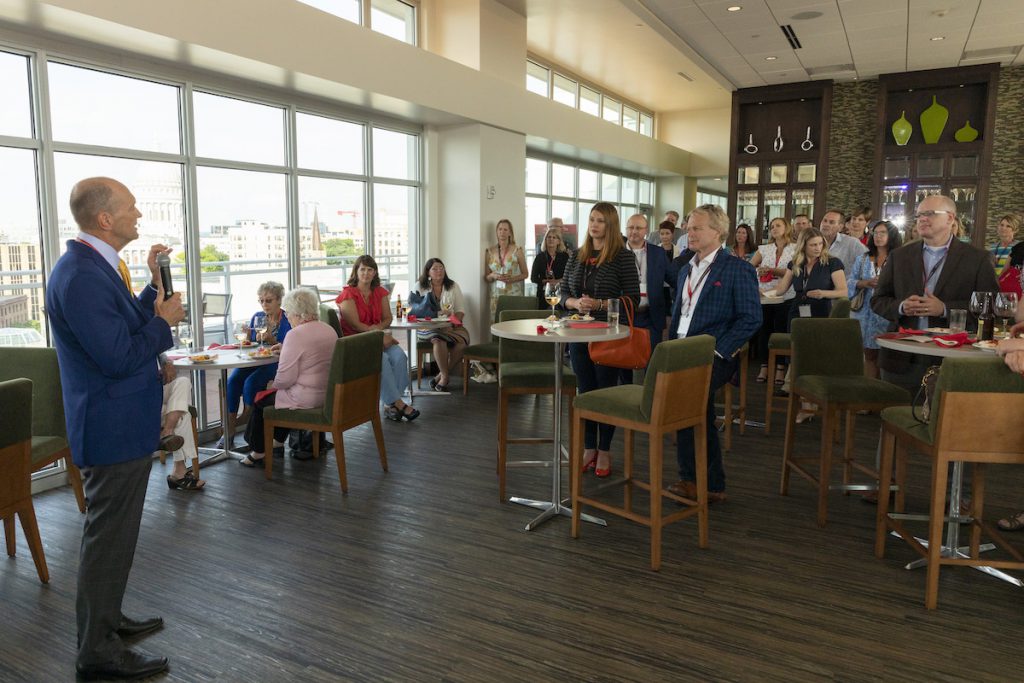 Over the course of the evening, attendees had the opportunity to learn about the unique clinical needs of the female athlete as well as the novel research being performed within the department and beyond from faculty members Drs. Andrea Spiker and Alison Brooks. They also had the chance to celebrate Women in Sports Medicine and Orthopedic Surgery as the Department of Orthopedics has one of the highest percentages of women as faculty members in the country. 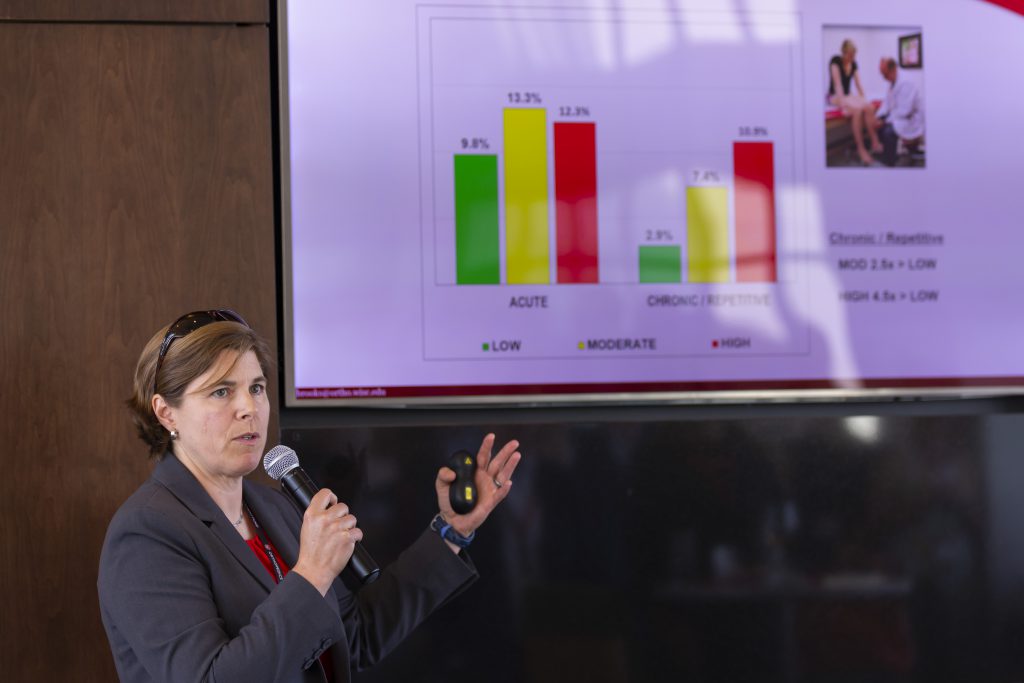 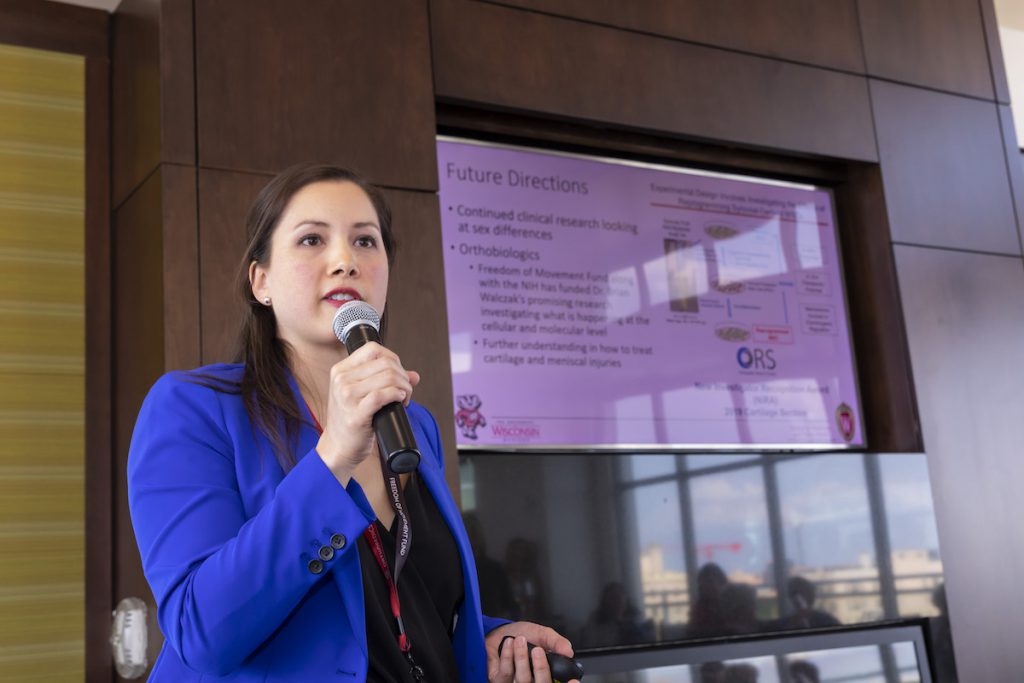 We would like to congratulate Bryan Heiderscheit, PT, PhD, FAPTA, who was recently recognized as a 2019 Catherine Worthingham Fellow of the American Physical Therapy Association.

Catherine Worthingham, PT, PhD, FAPTA, was a change agent who was effective, respectful, and honest, and motivated others to make an impact within the physical therapy profession. She was also a visionary who demonstrated leadership across the domains of advocacy, education, practice, and research.

The purpose of the Catherine Worthingham Fellow designation (FAPTA) is to honor Dr. Worthingham and inspire all physical therapists to attain the high level of professional excellence and impact in terms of advancing the profession she exemplified.

The FAPTA designation is the highest honor among APTA’s membership categories.