Partial knee replacement gets Dave up and running again 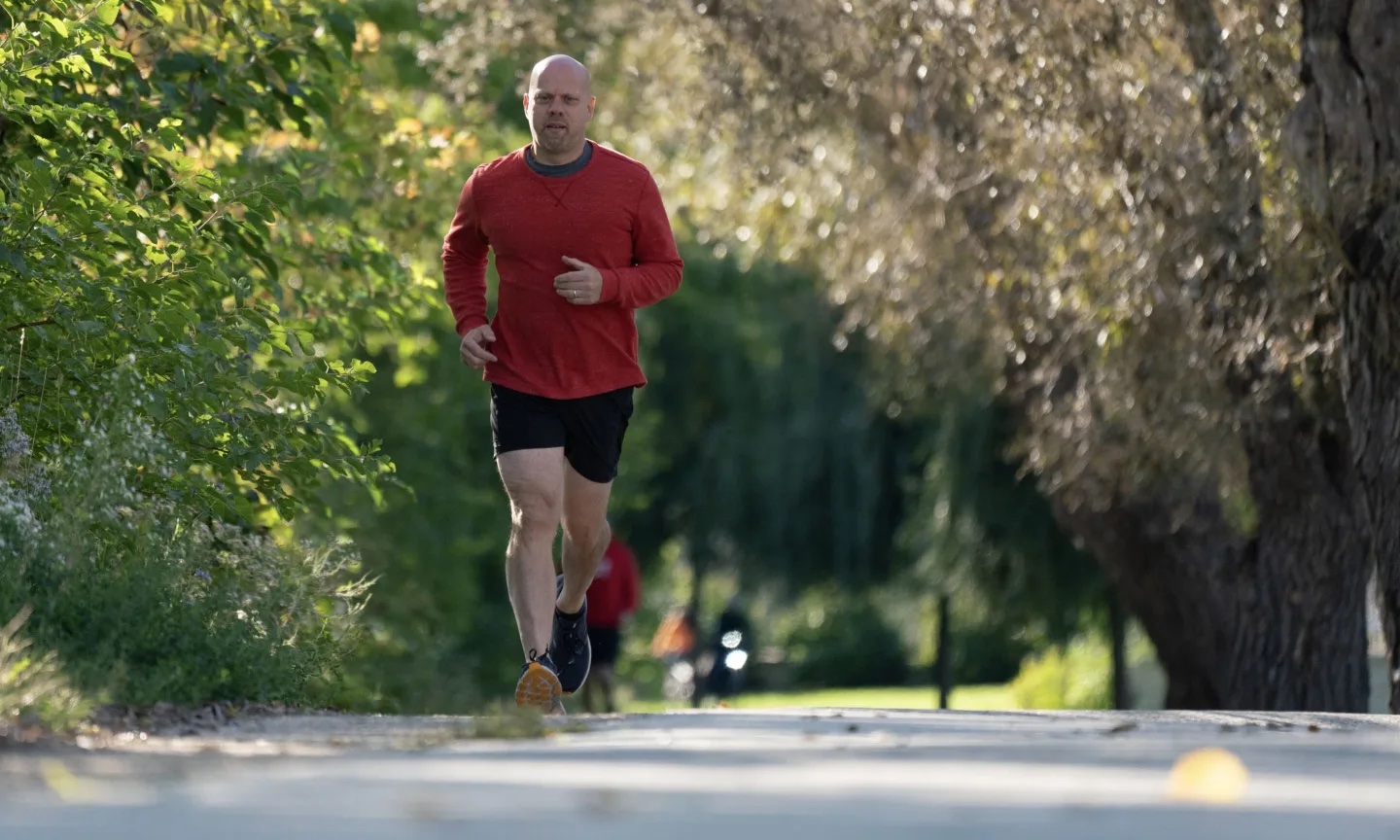 Dave Kunstman is a busy guy. A Family Medicine doctor who also serves as the interim Chief Medical Officer for UW Health, Dave cherishes physical activity as a way to stay healthy while clearing his mind.

“A 15- or 20-minute run makes my day,” Kunstman says. “It allows me to shut everything else out for a brief time, which is really helpful. It is a mindfulness practice for me.”

In early 2021, Dave, then 53, began experiencing pain in his left knee during his ritual runs. Before he knew it, he had to stop running and get it checked out. An imaging procedure revealed bone-on-bone osteoarthritis in the medial portion, or inside half, of the knee. Physical therapy didn’t help. He even tried acupuncture, which didn’t do much either.

“The beauty of a partial knee replacement is that we only replace the damaged portion of the knee, rather than the entire knee,” Nickel says. “If only one of the three sections of the knee is damaged, a patient might be a candidate for a partial, however many people do not qualify because too much of their knee has deteriorated. As a young patient with all knee ligaments intact and damage confined to one area, Dave was a good candidate for a partial replacement.”

Like several of his primary care colleagues, Dave wasn’t all that familiar with partial knee replacements.

Confident in Nickel’s experience and track record of excellent outcomes, Dave decided to move forward. A surgery date was set for late June 2022.

“I arrived at 6 a.m. and was on my way home by noon,” Dave says. “I was up and around with crutches that same day. After 3 days, I was walking without crutches. Within 3 weeks, I started biking, hiking, and swimming. There was some temporary surgical pain that everyone has, but the pain from the knee arthritis was entirely gone.”

By telling his story, Dave also hopes more primary care doctors will appreciate what a valuable option partial knee replacements can be for their own patients.

“When I came back to work and people asked me about it, quite a few were not aware that partial knee replacements were a thing,” Dave says. “Hopefully, my experience will result in many other patients exploring this as an option for themselves. I have nothing but great things to say about my experience.”

This story originally appeared on uwhealth.org.