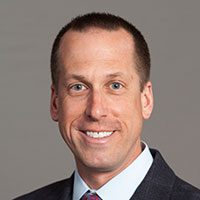 During the August 2020 UW Orthopedic Development Board Meeting, Dr. Zdeblick announced a transition of Board Leadership: Jim Yehle has been Chair since May of 2017, and has been an original Board member since the Development Board was established in July 2012. Over the years, Jim has been a tremendous ambassador for the Department, an exceptional recruiter of new members, and he and his wife Jessica have continued to generously donate to the Department. Dr. Zdeblick and our entire board thank Jim for his tremendous leadership as he completed his three year term. During his tenure as Chair, the Freedom of Movement Fund reached its initial goal of raising $2.0M from philanthropic sources. The fund now stands at approximately $2.2M. Jim will remain on the Board as a member and is currently the President and CEO of J.H. Findorff and Son.

To succeed Jim’s leadership as Chair, Dr. Zdeblick welcomed and announced Mike Witt. Since joining the Board in May of 2015, 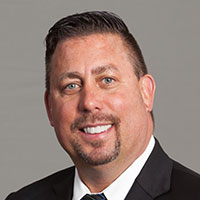 Mike has been very active in fund raising and hosting events for the Department. In addition to his work with the Board, Mike and his wife, Jan, have been involved in many other philanthropic activities, to include the United Way of Dane County and HealthNet of Rock County. Mike is currently Senior Vice President of Investments for Well Fargo here in Madison.

In addition to these exciting announcements, our Board also welcomed Bill Nagy as a new Board member and recognized the work of Andy North and Bob Landsee. Andy and Bob are original Board members, and Andy was the Board’s first Chair from 2012-2014. Andy and Bob have been tremendous ambassadors for our program, as well as substantial donors. They will both move into Emeritus status with our Board, but remain active supporters of our program in the community.