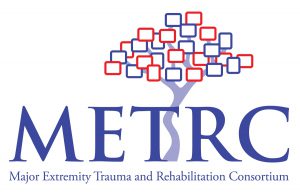 Dr. Paul Whiting was recently awarded one of two Emerging Investigators Grants by the Major Extremity Trauma and Rehabilitation Consortium (METRC). This award was announced at the 2019 Orthopaedic Trauma Association (OTA) annual meeting, which took place September 25-28, 2019, in Denver, CO. The $30,000.00 Emerging Investigators Grant is one of only two such grants awarded to practicing clinicians and rehabilitation researchers who are in their first five years of completing their post-graduate (fellowship or post-doctoral) training at the time of application. These awards provide funding for worthy orthopedic trauma clinical research projects with anticipated benefits to both military and civilian populations.

In collaboration with fellow UW Orthopedic Trauma Surgeon, Dr. Chris Doro, Dr. Whiting plans to conduct a prospective study investigating the relationship between femoral head and neck bone density (as measured by Hounsfield Units) and failure of fixation in patients over 50 years of age who sustain fractures of the femoral neck (hip region). The grant funds will be used to obtain pre-operative CT scans for participating patients. Ultimately, the proposed study will help orthopedic surgeons identify patients at increased risk for fixation failure, including those patients whose bone density places them at such increased risk that fixation should not be attempted.