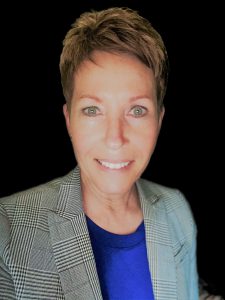 When COVID-19 hit campus last year, Kim Beld quickly mobilized key leaders at the Department of Orthopedics and Rehabilitation. Within 24 hours, she’d helped put together the first of many plans to address a range of possible scenarios, from restricting elective surgeries to consolidating clinics and implementing telehealth — all while needing to maintain safe patient care under rapidly changing circumstances.

It was another example of Beld’s peerless skills as the administrator of a large, complex department. Since 2008, Beld has excelled in organizing, guiding and supporting the 200-plus faculty, staff and clinical providers with whom she works.

Co-workers describe Beld as a nimble problem-solver, someone unshakeable under pressure and able to toggle effortlessly between day-to-day tasks and big-picture visioning. She approaches her work with compassion, infectious energy, and a collaborative attitude that brings out the best in others.

Beld has been instrumental in many of the department’s successes, including achieving a Top 25 ranking by U.S. News and World Report when previously unranked, growing a productive philanthropic program with gifts exceeding $6 million since its 2010 inception, and, among the most notable, increasing representation of female orthopedic surgeons on the faculty from 0% to 24%, one of the highest percentages in the nation.

“Of course, these achievements involved the work of many, but Kim’s leadership was critical from conception to execution,” says Professor Thomas Zdeblick, M.D., the department’s chair.