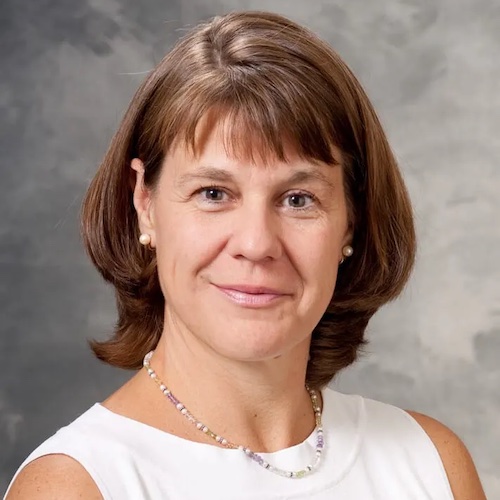 On June 29, 2022, Tamara Scerpella, MD, was named Interim Chair of the Department of Orthopedics and Rehabilitation at the University of Wisconsin School of Medicine and Public Health.

Dr. Scerpella earned her medical degree at the University of Iowa and completed her residency in orthopedic surgery at UW-Madison. Following residency, she was in private practice for three years before completing a fellowship in sports medicine and arthroscopic surgery at Union Memorial Hospital in Baltimore. From there, she spent the next 16 years on the orthopedic faculty at SUNY Upstate Medical University in Syracuse, NY, where she rose to the rank of tenured professor and served as Chief of Sports Medicine.

In August 2010, Dr. Scerpella returned to the UW as Professor of Orthopedic Surgery. Five years later, she was named Chief of the Division of Sports Medicine and the following month, she was awarded the Ballantine Endowed Professorship for Orthopedic Research. She was named Vice Chair of the UW Department of Orthopedics and Rehabilitation in 2016, and three years later, Senior Vice Chair of the department – charged with overseeing the educational, research, and clinical missions of the orthopedic surgery faculty.

As a clinician, Dr. Scerpella specializes in arthroscopic shoulder and knee surgeries. She treats injuries in elite athletes through her role as team physician for the UW Badger Women’s Hockey and Softball teams. Specific areas of expertise include the care of patients with patellofemoral instability and those with multidirectional instability of the shoulder. The most involved patients within the latter group are those with Ehlers-Danlos Syndrome (EDS). Dr. Scerpella receives referrals of EDS patients from around the Midwest, surgically stabilizing their shoulders to give them a new lease on life.

On the research side, Dr. Scerpella has spent 25 years evaluating the role of childhood physical activity in lifelong bone health. Her longitudinal study following over 100 young women from childhood to young adulthood has been funded by the NIH and now by her Ballantine Professorship; it is the longest running, most extensive study of its kind. Dr. Scerpella has published nearly 50 peer-reviewed articles, over 60 abstracts, multiple book chapters, and has given over 200 presentations. She has received numerous honors and awards, including the 2017 American Medical Women’s Association Woman in Science Award and the 2020 UW-Madison Slesinger Award for Excellence in Faculty Mentoring.

Dr. Scerpella is a member of six professional associations, including The Forum – an advocacy group and society for women orthopedic sports medicine specialists. She is proud to have served as president of The Forum from 2017 to 2019. This past year, Dr. Scerpella authored an invited manuscript for the Journal of the American Academy of Orthopedic Surgeons, examining the underrepresentation of women in orthopedic surgery and illustrating strategies to address the significant gender gap in the field.

When Dr. Scerpella began her career 32 years ago, there were fewer than 100 female orthopedic surgeons in the country. She has not only watched that number grow but has actively sought to change the landscape for women in orthopedic surgery and for those who aspire to join the field.